Mezőtúr is a market town in the south-eastern part of Jász-Nagykun-Szolnok County. It offers its trade, health, transportation, education and cultural services. Due to its features, hikers, fishermen and hunters like it. Mezőtúr was named after the river Túr, known in the “Árpád Age”, in the middle part of the Great Hungarian Plain, in the county of Jász-Nagykun-Szolnok, on the shore of Hortobágy-Berettyó. Our settlement as the village of Túr, has already mentioned in our written memorial of the Váradi regestrum in 1219. Mezőtúr won the township rank of King Lajos “the Great”, who donated Anjou-lily's coat of arms to the city. Mezőtúr became a major trade fair and trade route of the Great Plain from the medieval times through the famous Túri fairs. The city, which preserves the historical past and the centuries-old cultural, artistic and nature conservation traditions, has many surprises for visitors. On the main square of Mezőtúr, the tower of the Town Hall built in 1928 offers a beautiful panorama of the city: the Reformed Great Church, the Gentlemen Casino, the gymnasium buildings, the City Gallery, the Roman Catholic Church, and a little further away the New Town Reformed Church built from the Mezőtúr brick. On the Main square the I and II World War memorials, statue of Kossuth, statue of King Lajos “the Great”, and statue of Dózsa György on the Szabadság square conjure up the moments of the history of Mezőtúr. The park, situated before the Town Hall, makes the Kossuth square, the city main square, the one of the most beautiful main square of the Great Plain.

The town structure of Mezőtúr was based on the traditions of the geographical conditions and the historical trade route. The center of the Berettyó bridgehead, the current Dózsa György road connecting the city with its axis, connects the other parts of the city. The city's prestigious buildings are along this axis as well, while the luscious, shrill streets of the city surrounding the city center, give a special atmosphere to the settlement. 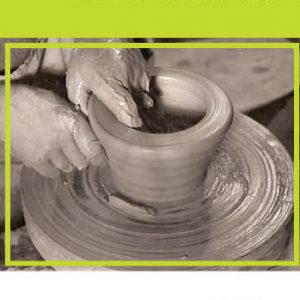 The industrial development of the town famous for its fairs was largely determined by the natural value of the city, the processing of the high quality, red-burning, Mezőtúr clay. The pottery handicraft industry has a centuries-old history: the medieval unglazed black-ceramics, from the late 19th century the pottery products of the pottery makers as the jars, buckets, canes, butts were became into an indispensable element of peasant households.

At the turn of the 19th and 20th century, during the pottery flowering era, Balázs Badár (1855-1939), made the ceramic art of Mezőtúr world-famous with his ornamental decorations following the civic tastes. One of Hungary's largest folk ceramics collections is handled by the Museum of Túri Pottery and in the Badár Memorial House the pottery of the Badár family was exhibited in the original Great Plain style pottery workshop. As a tribute to the local folk ceramic industry, Mezőtúr Pottery has been added to the Spiritual Cultural Heritage National List in 2009.

Mezőtúr is crossed by the Hortobágy-Berettyó main channel, which is connected to the Hármas-Körös by the estuary lock system. The backwaters running along the city are abundant with untouched natural treasures: the Halásztelek-Túrtő-Harcsás backwater system, where the "Fisherman's Village" welcomes the fishing tourists, established by the local government and the Fishing Association and the Peresi backwater, which is 27.6 km long the third largest backwater system in the Carpathian basin. The city's outskirts, the winding backwaters and the mezzanine buildings, memorials and folk traditions are rich experiences for the guests. The Túri Fair and related art programs, the interesting, colourful programs and events of the city's civil organizations, and the moments and natural treasures of the everyday life of Mezőtúr are worth exploring! You can get more information about our city by visiting www.mezotur.hu website.
Welcome to Mezőtúr, please visit us!